CLIMTNA: who are the winners of the competition?

SwitchMed is a partner of the CLIMTNA competition for green entrepreneurs in Morocco with an innovative project that contributes to the protection of the environment. The winners were revealed during the ceremony on Thursday 20 January 2022.

The winners of the CLIMTNA competition have just been revealed during the award ceremony organized on Thursday 20 January in Rabat, Morocco. The competition is organized by the Delegation of the European Union to Morocco in partnership with Hit Radio and the SwitchMed program and aims to raise awareness on the effects and visible impacts of climate change. Green entrepreneurs in Morocco had until 5 December to send a short video in which they presented their sustainable project and illustrated how they contributed to the protection of the environment and the fight against global warming.

After deliberations by a jury composed of members of each partner organization of the competition, and in particular the Regional Activity Centre for Sustainable Consumption and Production (SCP/RAC) for SwitchMed, the name of the CLIMTNA winner was revealed: Soumia Elouassouli with her app for detecting forest fires.

Soumia, and her co-worker Asmahan Ait Chattou, are electronic engineers. Their application is an IOT, autonomous and smart forest warning and remote supervision solution to prevent fires but also protect against deforestation and poaching.

The winner of the contest is given 1,500 Moroccan dirhams. In addition, SwitchMed provides a coupon worth €2,000 that she can use to develop her project, according to her needs, access to the platform TheSwitchers.org and personalized supervision for navigating the platform. The personal favorites will be supported by SwitchMed’s partner in Morocco, the Centre for Very Small Socially Responsible Businesses (CTPES) by means of training to develop their sustainable projects.

Congratulations to the winners and to all the participants for their incredible projects!

For more information on the competition and to watch the videos sent in by the candidates, please see the official competition page: CLIMTNA Competition

Soumia Elouassouli and her co-worker Asmahan Ait Chattou are electronic engineers. Their application is an IOT, autonomous and smart forest warning and remote supervision solution to prevent fires but also protect against deforestation and poaching. 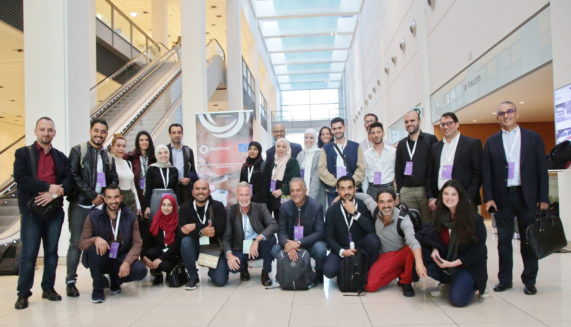 SwitchMed Connect 2022: have a look at our flagship event

The 2022 edition was organized in Italy within the framework of Ecomondo. More than 167 participants attended the in-person event. See more 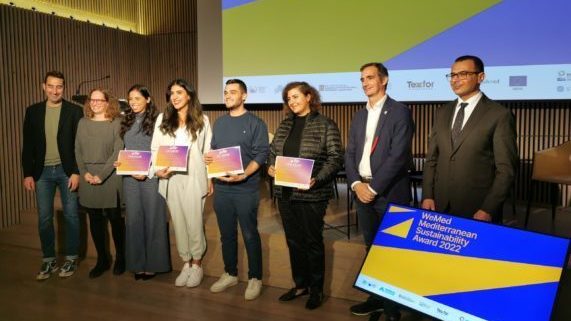 WeMed Award: Find out who are the winners

On Monday 21st November 2022, the WeMed Award winners were publicly announced through an Award Ceremony held in Barcelona. See more 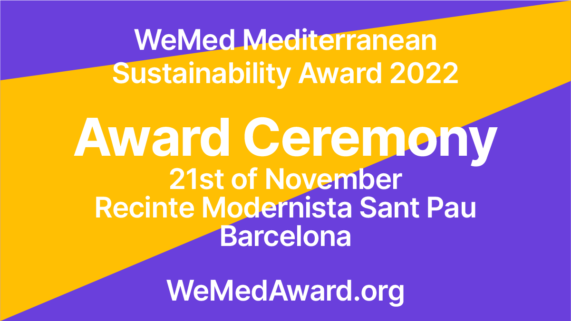 Save the date: the WeMed Award Ceremony will be held on the 21st November in Barcelona

The Awards Ceremony will be held at Sant Pau Recinte Modernista, in Barcelona, where the 4 winners will be announced See more 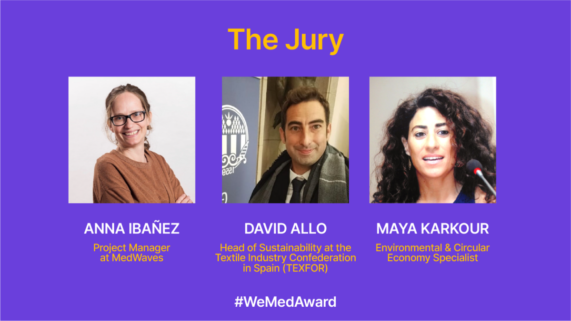 WeMed Award 2022: meet the Jury that will evaluate the applications

The Jury is now deliberating. Winners will be revealed during the WeMed Award ceremony on 21 November. See more