Euro-Med Weeks for Waste Reduction: and the winners are…

MedWaves and ACR+ are thrilled to reveal the winners of call for actions of the first edition of the Euro-Med Weeks for Waste Reduction, funded by the EU through the SwitchMed Programme. 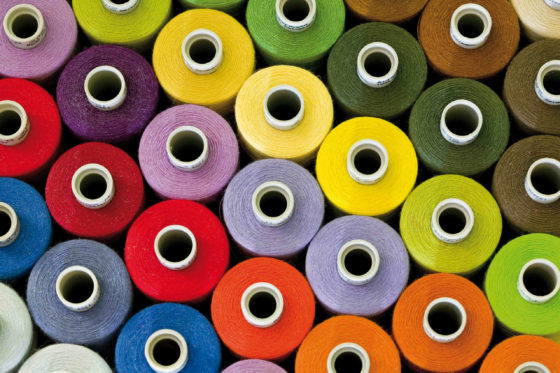 25 actions developers expressed their interest and submitted their proposals for action in the Mediterranean. Let’s have a look on the 5 actions selected and to be implemented in 2023!

In Tunisia, the association “Horizons arts and culture” will appeal to the creativity of young people to rethink our way of consuming textiles. Members of the association will visit schools to set up a sewing workshop for young people, who will have to recreate a piece of clothing (with a prize for the two best creations). An occasion to speak about textile waste and the impact of the textile industry in our planet. This action will be accompanied by many other activities: a Facebook campaign on the trend of bartering clothes between young people, the creation of a video to raise awareness on the impact of the textile industry and the installment of boxes in the region for the donation of used clothing, and distribution of them among people at risk of social exclusion.

Get rid of plastic bags by creating your own bags with old t-shirts? This is the proposal of Eco Peace Middle East, in Israel, who will work with youth in schools and in centers with special needs. The action does not stop there, the idea being also to distribute the cloth bags in the shops and to carry out an awareness campaign with the young people and members of the Municipality. In addition, videos and post on social media will be produced and shared to promote the action.

The second proposal selected in Tunisia comes from Association pour la conservation de la biodiversité dans le golfe de Gabès (Ascob syrtis) and will set up 3 main activities: young students will have the opportunity to get to know more about recycling through a visit to a textile recycling center and will then receive a clothing transformation workshop with an expert. A fashion show will close the activity and the best repaired textile set will be awarded!

Supporting young women to create their business in the revaluation of unused clothing: this is the main goal lying at the heart of the proposal of “Association des femmes en économie verte” in Algeria. To do so, the local NGO will organize a training of young women in textile recycling and transformation, accompany women in the realization of their businesses, create a connection platform between actors in textile recycling and launch a network campaign to reunite key players on the project.

In Jordan, the association The Jordanian Society for Desertification Control & Badia Development will echo the impact of textile waste on the environment through a strong public awareness campaign. The action will be accompanied by a training for young women on repairing clothes and supporting them in generating income.

Winners will receive a voucher worth up to €2,900 to cover the costs of their proposed action, and will be offered the opportunity to attend the Dublin Circular Economy Hotspot 2023, in Dublin.

The Euro-Med Weeks for waste reduction in a nutshell:

The Euro-Med Weeks for Waste Reduction is a raising-awareness campaign on waste prevention in the Mediterranean region, highly inspired by the consolidated experience and results of the European Week for Waste Reduction (EWWR). The campaign is led by 2 organizations with a solid network and expertise on circular economy and on the Mediterranean area:  ACR+ and MedWaves, the UNEP/MAP Regional Activity Centre for SCP.

Through this initiative, MedWaves called on NGOs/Civil Society Organizations, Educational Institutions, Public Entities based in Algeria, Egypt, Israel, Jordan, Lebanon, Morocco, Palestine and Tunisia to submit their proposals for action in terms of prevention and treatment of waste in the field of textiles.

This initiative will contribute to implement one of the measures of the set of regional measures to support green and circular business and strengthen the demand for sustainable product and services, developed by MedWaves under SwitchMed and adopted by the Contracting Parties to the Barcelona Convention at COP22. 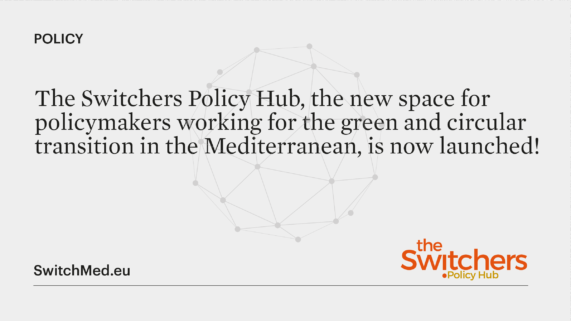 The Switchers Policy Hub, the new space for policymakers working for the green and circular transition in the Mediterranean, is now launched. Join us!

We invite all policy-makers and interested users to visit the Switchers Policy Hub and to join its Virtual Community. See more 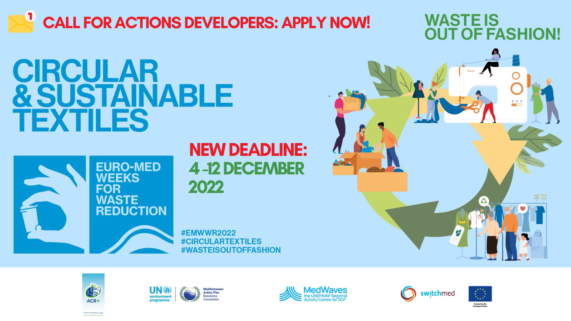 With this new initiative, the SwitchMed programme is extending the European Week for Waste Reduction to the southern Mediterranean. This year’s edition focuses on the textile sector and will reward 5 action developers with 2.900-euro vouchers. See more 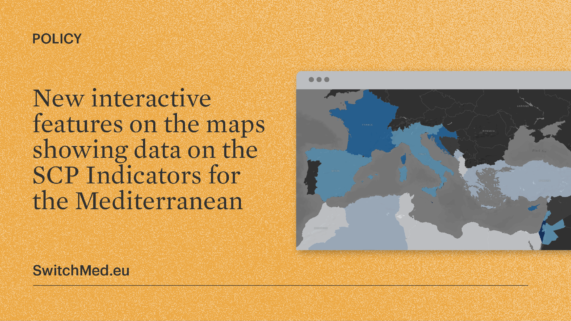 These maps give users more information about the progress made by each country in terms of SCP. See more 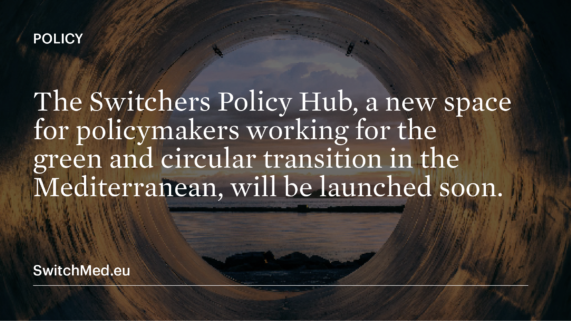 The Switchers Policy Hub, a new space for policymakers working for the green and circular transition in the Mediterranean, will be launched soon.

We invite all interested users to participate in a short survey to contribute to the development of the Hub until the 18th of July 2022. See more